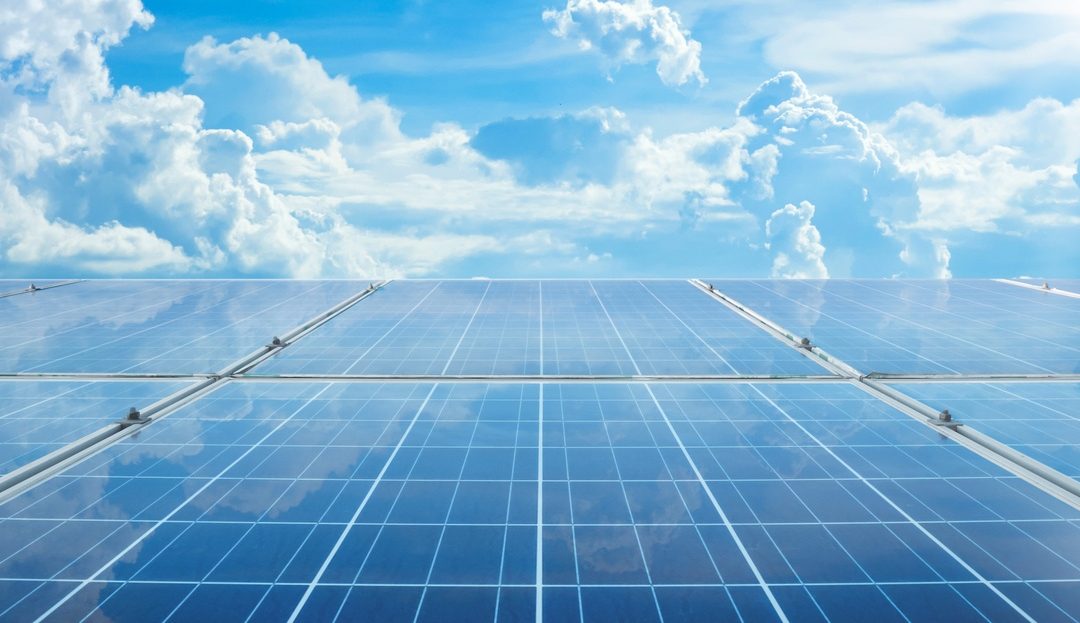 When flying over the country, one of the most notable changes to the landscape is the number of large solar farms and rooftop installations that are helping American commerce lessen its dependence on fossil fuels and reduce the total carbon footprint.

The Solar Means Business 2016 report, produced by the SEIA (Solar Energy Industries Association), tracks solar adoption by America’s Fortune 500 companies. The report indicates that these companies have increased their collective solar capacity from 1 gigawatt (GW) in 2016 as compared to 300 megawatts (MW) in 2012. That’s more than 300 percent growth over four years!

Until now Walmart claimed the top spot for four years running, but Target moved into first position in 2016 with 147.5 MW. Walmart was only marginally behind with 145 MW. Prologis, a global management company specializing in industrial real estate and warehouse logistics, ranked third with 108 MW. They are trailed by Apple, Costco, Kohl’s, IKEA, Macy’s and others.

While you may argue that large Fortune 500 companies have the means to invest in large installations, there are many organizations across the country using solar to offset their electricity costs. Here are a few examples:

Princeton University (Princeton, NJ) boasts one of the largest single installations of solar power at a U.S. college or university. It may surprise you to learn that New Jersey ranks Number 5 in the U.S. for states with the most solar electricity capacity. The college benefits by 16,528 photovoltaic (PV) panels spanning 27 acres. Peak output can reach 4.5 MW and produced five to six percent of the university’s total annual electricity usage. The solar field produces enough energy to power 7,800 laptop, even when the sun isn’t shining. The installation is part of a university-wide plan to reduce greenhouse gas emissions to 1990 levels by 2020.

The Colorado Rockies became the first professional sports team to install a solar system at Denver’s Coors Field in 2007. Thanks to a 10 KW PV system, the scoreboard consumes less energy than it produces. The San Francisco 49ers weren’t far behind in installing 375 kilowatts (kW) of peak power from more than 1,150 solar panels. The New England Patriots installed their first solar panels in 2009 but today the stadium’s solar canopies produce up to 60 percent of the energy needed to keep the home field in operation. Even in cloud-covered Seattle, the Mariners baseball team added 33 kW of capacity to generate 40,000 kilowatt-hours (kWh) of electricity per year at SafeCo Field.

Rivermaid Trading Co. (Lodi, CA) is an integrated grower, packer and shipper of California pears and cherries. With 80,000 square feet of packing facilities, seven forced air cooling tunnels and 150,000 square feet of cold storage, it’s not surprising that the company—located in one of our sunniest states—turned to solar as a method for cutting and managing electricity costs. The 1.477 MW roof-mounted solar system is designed to achieve cost savings of about $11.8 million over 25 years.

Target (Minneapolis, MN) plans to have 500 buildings with rooftop solar panels by 2020.

So far, they have completed 350 projects with more than 147 MW of installed solar capacity. Each rooftop solar project can generate enough power to offset between 15 and 40 percent of that property’s energy needs. The company recently unveiled its largest solar array on top of the Phoenix distribution center. Not only does that rooftop produce nearly 3,000 mWh of energy but the installation also mimics Target’s well-known bullseye logo. Given the number of jets flying overhead from nearby Phoenix Sky Harbor International Airport, the system doubles as creative advertising! (Rooftop photo credit: Christian McBeth)

Apple’s new spaceship-shaped headquarters (Cupertino, CA) was recently revealed to the public as a beacon of environmental sustainability and workplace efficiency. An on-campus micro-grid can deliver 17 MW of solar power and handle about 75 percent of the building’s needs. The parking garage roof is host to solar panels which will offset the structure’s energy use. In addition Apple partnered with First Solar to develop a 1,300-acre solar project in rural Monterey County; the project will offset electricity usage for the new headquarters, 52 retail stores, Apple offices and a data center.

These and many other businesses are proving that incorporating solar and renewable energy sources into their business plan makes good sense. As solar equipment prices come down and energy storage solutions improve, the number of solar energy installations promises to keep growing.

As Apple Chief Executive Tim Cook said to a conference of investors, “We are doing this because it’s right to do, but you may also be interested to know that it’s good financially to do it. We expect to have a very significant savings, because we have a fixed price for the renewable energy, and there’s quite a difference between that price and the price of brown energy.”

If your business or organization is considering going solar, the SEIA is a good source for information about the state of the industry and what other commercial entities are doing. For residential solar, consider visiting understandsolar.com to learn more.