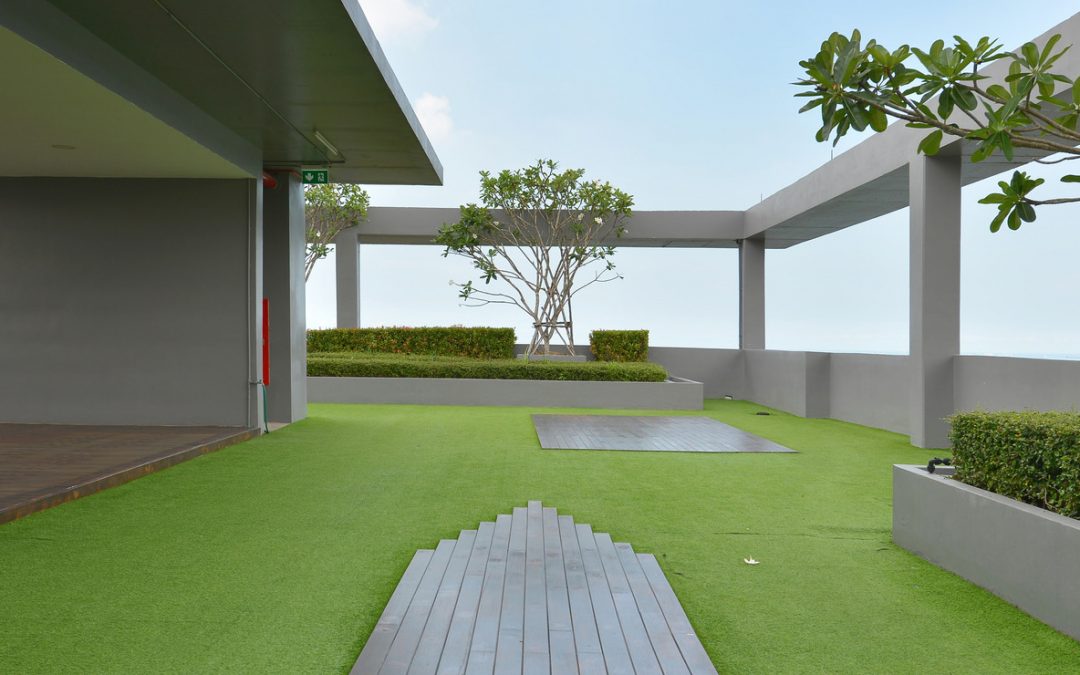 Commercial and residential building rooftops are out of sight and usually out of mind. As long as they don’t cause any trouble, most people take the roof for granted. When it protects us from the weather and keeps the building dry, the roof doesn’t command much attention. Until now!

Building construction has been undergoing a renaissance of sorts. With the advent of LEED, WELL and other construction standards, there is a growing concern for the environment as well as occupant health and safety. Updated building codes are following suit, and rooftops are getting a closer look. With the introduction of green and blue roofs, buildings can take a big step forward.

If the colors blue and green make you think of Planet Earth, you are well on your way to understanding the promise of blue roofs and green roofs. A blue roof is not blue in color and, at a glance, can look pretty ordinary. It’s referred to as blue, because it incorporates water-detention flow control systems that allow the roof to temporarily store water. 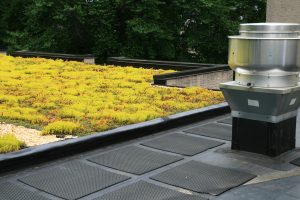 Water running off a traditional roof picks up toxins and dirt as it travels over the roof, through gutters and down drain pipes before spilling into streets. In the street, it picks up oil, tar and other contaminants on its way to the sewer and our water supply. The blue roof’s filtering system “cleans” the water before it is systematically dispelled. Accumulated water can be redirected toward non-potable uses such as landscape irrigation, cooling towers and flushing toilets. It can also be released to the ground in a controlled manner.

Less than a half inch of rain can cause trouble for the average U.S. sewer system. During storms, a blue roof will hold water long enough for it to be filtered and discharged into community sewer systems at a reduced flow rate that helps prevent deterioration of aging sewer infrastructure and associated flooding.

When a blue roof is light in color, it can provide sustainability benefits through rooftop cooling and reduced HVAC load. Depending on the roof’s design, it can even offer a recreational surface with water sculptures, an eco-shower and other features.

Blue roofs cost less than green roofs but more than a traditional roof. However, the environmental and energy savings more than compensate for the extra costs.

Even with today’s rapid technological advancements, sometimes what’s old becomes new again. Green roofs covered with vegetation go back to some of the earliest structures known to mankind. The famed Hanging Gardens of Babylon, built around 500 BC, used layers of reeds and thick tar spanning arched stone beams to create a natural roof. Later sod, layered over birch bark, provided an inexpensive roof that kept the home cool in summer and warm in winter. 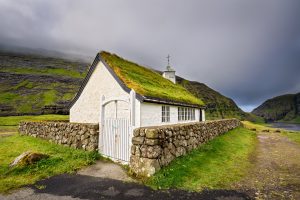 Today’s green roofs are based on the same principles but incorporate advanced science and technology into their construction. Various layers work together to accommodate drainage and protect the building from weather. The green roof includes a plant-growing area, irrigation and a barrier to protect it from root penetration, all while being relatively light in weight.

The intricacies of designing and building a green roof make it an expensive roofing decision initially, but the roof can last twice as long as a tradition rooftop. The vegetation coverings have a dramatic impact on reducing energy costs, especially in the warmer months of the year.

Green roofs decrease the effect of urban heat islands that can plague cities. The roofs not only have the ability to provide shade but also remove heat from the air through evapotranspiration. This process reduces rooftop temperature as well as the temperature of the surrounding air.

According to the EPA, the surface temperature of a green roof on a hot summer day can be cooler than the air temperature; the surface of a conventional rooftop can be up to 90 degrees (F) warmer. Depending on the type of green roof, it can offer an oasis for tenants who benefit from gardens and a park-like setting without leaving their building! The roofs also absorb and filter water which lessens run-off and strain on sewers.

Chicago’s City Hall is well-known for its green rooftop completed in 2001. Other examples include the Ford Rouge Center assembly plant in Michigan, the GAP headquarters in California and The Solaire residential building in New York City. Visit the Architectural Digest website to view spectacular green roof examples from around the world.

Blue and Green Together

It is not uncommon for blue roof technology to co-exist with green roof technology. The Solaire (mentioned above) incorporates both technologies. One of the first integrated blue/green roofs is atop the Osborne Association building in South Bronx, New York.

The Osborne roof was designed to manage 100,000 gallons of storm water a year, cutting run-off by 32 percent during a typical storm while improving the water quality of the nearby East River. “Blue” water detention trays slow the flow of storm water into the sewer, and “green” trays containing soil and vegetation absorb rainwater and improve air quality. The roof even supports a beekeeping business!

Blue and green roofs deliver a rainbow of benefits. They help reduce energy used to heat and cool buildings and decrease air and water pollution. For tenants, they improve indoor comfort and sometimes create a picturesque outdoor venue. Their added costs are offset by lower energy costs, improved storm water management and usually a longer lifespan than traditional roofs.

Rather than take roofs for granted, it is time to look up and see what’s changed. Many architects and construction firms are working together to bring innovative and attractive roofing solutions to buildings near you.