The Cost of Daylight Saving Time

Recently there has been much debate over the effectiveness of Daylight Saving Time (DST). DST is still recognized by the federal government as an energy conservation initiative, however recent studies have shown that it actually does nothing, or in some cases increases energy costs. 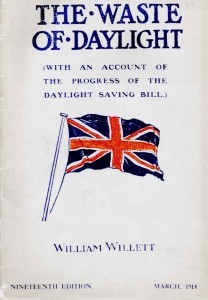 In this article we look at why once upon a time DST may have made sense but could be costing us now.

Why it Made Sense

As many of us know, Benjamin Franklin was actually the first person to conceive the idea of Daylight Saving Time. Ever the scientific mind, Franklin noticed that people were wasting productive daylight hours by sleeping through the bright early mornings of summer and burning candles later at night. He sought to convince his peers to rise earlier during the summer months, but was unsuccessful.

The clever idea to physically turn back time came in 1905 when a British man by the name of William Willet published a pamphlet aptly entitled, “The Waste of Daylight.” Willet was an established homebuilder who simply wanted more time to golf in the evening, so the idea was slow to catch on.

It was World War I before the idea of turning back clocks as a way to conserve energy was finally realized. Although no formal research suggested this effect, it seemed like common sense during wartime when manufacturing and industrial output were highest (at least prior to the digital age we live in now). Germany was the first to implement DST and soon after all other major countries on both sides of the fight did so.

Why it Doesn’t Work Anymore 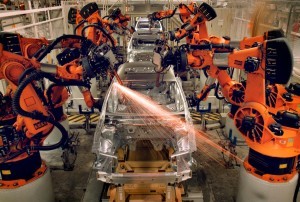 Since World War I many countries around the world, including most U.S. states, have stuck with DST following energy conservational wisdom. What’s interesting is that the concept was never really proven and only recently was any significant research done to find the facts behind DST.

Several things have changed since the early twentieth century. The advent of new technology is increasing economic output at a level where any marginal energy consumption savings produced by DST has been virtually eliminated. Heating and cooling technology available now has a dramatic effect on the energy consumption caused by longer days of the seasonal time change. To compound that, the world’s population has grown exponentially, and with it those heating and cooling costs.

Two recently released studies have found that daylight savings time does actually conserve energy during some parts of the day, but those savings are largely eliminated by consumption patterns throughout the summer season.

“The study, published in the Journal of Environmental Economics and Management, found that electricity use decreased in the evening but increased in the morning, resulting in no overall reductions in consumption.

‘We can reject the hypothesis that there are electricity savings,’ Mr. Wolff said. The report notes the findings could carry over to the U.S., particularly in California, whose climate resembles Victoria’s.”

“We found that the time change increased residential electricity consumption by 1 percent over all, with monthly increases as high as 4 percent in the late summer and early fall. The consequence for Indiana has been higher electricity bills and more pollution from power plants.”

Adapting DST actually cost the state of Indiana $9 million. However, the head of the study, Matthew Kotchen, concluded, “There are certainly benefits, but energy savings is not one of them – a tradeoff to acknowledge as we enjoy an extra hour of sunlight on those long summer evenings.”

What do you think?

Kotchen’s conclusion of the Indiana study brings to light (pun intended) an interesting question, “Should we eliminate Daylight Savings Time?”

There are two U.S. states that have never adapted DST: Arizona and Hawaii. This makes sense as they are two of the hottest states and DST would likely increase their energy costs, perhaps even more than in the Indiana study.

Indiana started using DST in 2006, but eliminated it in short order. Utah and Nebraska are also considering elimination. Around the world DST has come under fire as well. Russia eliminated it altogether in 2014. 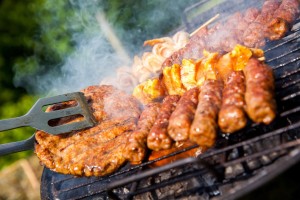 But what is the real cost of eliminating longer, leisurely summer nights? Perhaps the answer involves quality of life for most of the hard-at-work populace. Particularly in regions that experience distinct seasons, longer evenings during warm months provide some precious opportunity for a variety of rest and relaxation activities. Is this something we are prepared to give up?

The Indiana study does present some devastating findings – $9M in added cost to the state – but a closer look shows that this comes down to $3.29 per household. The cost-benefit: 7 months of longer nights for $3.29 per household each year.

To be fair, that’s not the only cost, as increased pollution was another finding in the study. As the advent of clean energy technology becomes more widespread this argument will lose relevance, but for the foreseeable future it likely holds significant weight.

Ultimately the decision comes down to the states. What could your state do with an extra $9 million plus each year? What are the effects on pollution? What is the potential value of decreasing constituent sentiment if you take away extended summer nights? These are the questions you should be asking.